The Role of World War 2 Poetry 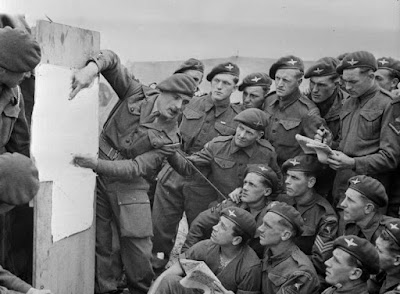 As remembrance week begins in 2020, and find that the commemorations that usually attend will not be happening due to the Covid 19 emergency, felt it was time to share a few thoughts. For this post I am focusing on Britain.

Issues arise from admitting to having a keen interest in World War 2 poetry. Some times people think that they have misheard you, or that you have made a typo, and ask 'Don't you mean World War 1'?  Another factor is the danger of starting a competition with World War 1 poetry. Certainly there is little evidence that World War 2 poets thought that they were improving on or usurping World War 1 poetry. And neither does this blog, which serves the same purpose as Siegfried Sassoon's poignant lines in his 1919 poem Aftermath:Have you forgotten yet?...Look up, and swear by the green of the spring that you'll never forget.  In fact many World War 2 poets felt inspired by the World War 1 poets -with exception of Alan Ross who preferred W H Auden to Owen and Sassoon, whose poetry he found 'dull' . To read more ....

Certainly British World War 1 poets are granted more status than those from World War 2. Considered to be reliable witnesses or even daring truth tellers concerning the true nature of modern warfare. Their poetry and recollections are held to be more trustworthy than those of the  authorities who declared war in the first place. The work of the  World War 1 poets, some of it already written and published, along with their emerging war memoirs, grew in influence from the late 1920's onward. Particularly shaping the 'Disenchantment' view of World War 1 which arguably still holds sway. Even historians from this century who have tried to argue that World War 1 was a just war don't seem to have succeeded, against those who felt that Britain should have stayed neutral or that the price of victory was simply too high in loss of men and resources.

Vernon Scannell born 1922, who served in the North Africa campaign, deserted, was soon  caught and jailed , then released to serve in the  Normandy campaign of 1944 ,  wrote in this poem The Great War.

"Whenever the November sky

The reason darkens; in its evening gleam

Not the war I fought in

But the one called Great

Which ended in a sepia November

Four years before my birth. "

Vernon Scannell is a favourite poet of mine, exploring the themes of both  love and war.  Could write the most wonderful observations about  English provincial life in the second half of the 20th century. He was prone to binge drinking and violence towards his partners. At the time of VE Day, Scannell was back in an army base in Britain, still recuperating from his Normandy wounds. He immediately absconded without waiting for the official demobilisation process to start,  went on the run for years but finally caught.

In one later biographical work 'Argument of Kings', Scannell describes  his service with the  51st Highland Division during the Normandy campaign in most harrowing terms. His regiment were fighting near the village of Touffreville on 10th June 1944.

John looked down and saw that the front of Hughie's battle dress had disappeared. It had been driven inwards into his chest so that there was a great dark cave of blood and slivers of bone.....though he did direct one quick glance at Hughie's face ....The face looked like the face of all the dead. There eyelids were not shut but the pupils had swivelled up beneath them so that the eyes looked like those of a blind man.

Scannell's regiment arrived in Normandy on 10th June 1944. At this time a young soldier serving with Scannell who had boasted earlier about killing Germans, broke down when faced with the reality of warfare.

He was making wordless, bleating sounds from which every now and then an identifiable phrase would surface and when this happened the words were recognised as a frightened infant's cry for its mother.

There seem many reasons why Scannell's writing on serving in  Normandy campaign are not highlighted. The fact that the campaign was fast moving rather then ending up static trench warfare, the view that World War 2 is largely held to be a just war, that the horrors of a Third Reich victory are just too much to stomach. In other words the Normandy campaign to dislodge the Germans was considered to have more meaning and purpose than say the first day of The Somme.

That is why the work of Vernon Scannell, who could report back with the eye of a poet, is so vital. Because the Normandy campaign was a victory by so many different terms of reference, it is easier to forget what it cost.

And  Scannell's Walking Wounded published in a collection of the same name from 1965, is a classic. Written  in 1962 Scannell recalled leaving Touffreville in 1944, so battle weary that he briefly fell asleep whilst marching, Shortly afterwards Scannell saw a convoy of ambulances, being followed by a column of casualties who were to have their wounds dressed and sent back into battle.

In another autobiography The Tiger and the Rose, Scannell depicted these men as seemingly possessing

A symbolic power; they were the representatives, not only of the military victims of war but of suffering and innocent people everywhere and at all times, trapped in the skeins of historical necessity.

No one was suffering from a lethal hurt,

They were not magnified by noble wounds,

There was no splendour in the company.

And yet, remembering after eighteen years,

In the heart's throat a sour sadness stirs;

To see them walking still, but multiplied

In thousands now. And when heroic corpses

Turn slowly in their decorated sleep

And every ambulance has disappeared.

The walking wounded still trudge down that lane,

And when recalled they must bear arms again. "

'The Tiger and the Rose- An Autobiography ', Vernon Scannell, Hamish Hamilton, 1971,

Other blogs by Michael Bully

Monmouth Rebellion  About the Duke of Monmouth and the 1685 Rebellion